Abdominal bloating is one of the most common complaints that I hear from my patients who suffer from gastrointestinal issues. It can be due to a number of different reasons, and, by asking the right questions and doing advanced functional medicine testing, we can determine the cause and find the solution.

When air or gas fills your digestive tract to the point of feeling uncomfortably full, tight, or swollen, below are the seven most likely sources:

Once I have obtained a thorough history from my patient, I usually can tell which of the above causes are at the root of the bloating. A lot of times, I find that people have more than one contributing factor. I frequently order advanced stool tests to evaluate for yeast or bacterial overgrowth and pancreatic elastase and/or food sensitivity testing.

Adding digestive enzymes to a supplement regimen, as well as adding fermented foods like sauerkraut and miso, can improve digestion. Adopting healthy eating habits, such as sitting while eating and chewing well, are also initial steps to healing.

If you think that certain foods might be bothering you, learn about the differences between food sensitivities, intolerances, and allergies in my recent blog, and explore how to properly do an elimination diet to identify problematic foods. 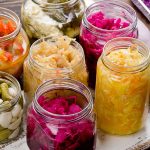 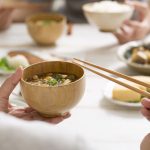