An At-Home Treatment for Colds, the Flu and Other Respiratory Infections

My ultimate goal during this pandemic is to treat my patients at home and keep them out of the hospitals. I recently posted about treatment options for COVID-19, and I am adding this therapy to my other recommendations: nebulized hydrogen peroxide.
Dr. Thomas Levy has created a protocol which I will include here along with a letter from him describing how nebulizing hydrogen peroxide helps fight bacterial and viral infections and targets the respiratory tract. This therapy can be used for sinusitis and bronchitis as well as the common cold and flu. I tried this therapy at home this weekend and felt it to be overall gentle and nontoxic.
If you have any questions regarding this therapy or are interested in more details, please contact Vitality at 615-891-7500.

An At-Home Treatment That Can Cure Any Virus, Including Coronavirus

Although COVID-19, aka coronavirus, is deadly in some select cases, and it can spread rapidly, there is a simple, very inexpensive, and highly effective treatment that can treat and rapidly resolve coronavirus and virtually any other respiratory virus. While different individuals can be expected to have variable degrees of positive response, this intervention can be anticipated to eliminate eventual fatal disease outcomes in all but the most advanced cases.
As I hope you will eventually experience, the treatment works for all acute viral infections, and especially well for flu viruses of any variety. In fact, although we are constantly conditioned to not believe in anything “too good to be true,” you will never have to worry about getting a cold or the flu again because you can cure it on your own.
The key ingredient in this treatment is common household 3% hydrogen peroxide, and this is the same substance that can be purchased in a 32-ounce plastic bottle at Walmart, for 88 cents, or at Walgreens for under a $1.00. Perhaps you have never heard of hydrogen peroxide therapy, but since the treatment was first championed by Dr. Charles Farr in about 1990, thousands of doctors have used this therapy for decades to conquer infections in many thousands of patients throughout the world.

How and Why Hydrogen Peroxide Works

Because hydrogen peroxide consists of a water molecule (H2O) with an extra oxygen atom (H2O2), it is this extra oxygen atom that makes it so deadly for viruses. In order to comprehend why H2O2 therapy works so well, you must first understand that viral infections are eradicated from the body not by killing the virus itself, but rather by killing the cells that produce them.
Technically, viruses are not alive, and so it is not possible to kill them. But some agents can physically break down the viral structure and render them inactive. Viruses are actually pieces of genetic code that, in and of themselves, can neither survive nor reproduce. Therefore, in order to replicate, viruses need to infect cells, which means that in the interior of cell, a virus uses the cell’s own DNA and RNA in order to effectively reproduce. Essentially, therefore, the virus controls an infected cell and uses the cell to manufacture new viruses. Then, the new virus can exit the cell and proceed to infect other cells. As a result, the way to control any viral infection is not to kill the virus; rather, the infected cells that have been turned into viral factories must be killed. This is the role of the extra oxygen atom in hydrogen peroxide.
Under normal circumstances with a healthy immune system, one’s immune cells produce their own hydrogen peroxide to kill the infected cells that propagate viruses. When one’s immune cells are overwhelmed, such as the case with COVID-19, hydrogen peroxide therapy merely assists the immune cells in doing the job for which they were originally created.

From a patient and consumer perspective, the single main drawback to Dr. Farr’s original therapy is/was that it is primarily an intravenous (IV) therapy. Under most circumstances, this means that you must either administer the IV needle yourself or depend upon another person to assist you. Unfortunately, this is beyond the logistical (and perhaps financial) capacity of most people, and it may be one reason why the original hydrogen peroxide therapy is not more widespread. Nevertheless, it should be realized that the proper intravenous application of hydrogen peroxide exerts a powerful anti-viral and general anti-pathogen effect.

Dr. Shallenberger’s Ingenious Use of a Nebulizer

The great news is that there is a safe and simple way to avoid doctors and IV needles. This method developed by Dr. Frank Shallenberger is almost as effective as IV, can be performed at home, and is much less costly than IV. The treatment is known as nebulized hydrogen peroxide, and Dr. Shallenberger began using the technique some years ago when he had a patient who was taking asthma medication that her doctor had been administering in a nebulizer. For those who are unfamiliar, a nebulizer is a device that is able to convert a liquid into tiny, microscopic bubbles. As a result, these extremely small bubbles, which appear as smoke escaping from the nebulizer, can be inhaled into the deepest regions of the lungs without any discomfort or irritation. Such a device has long been utilized for asthmatics to get medication to open their lungs, but Shallenberger further noticed that nebulizers have a systemic effect, which is delivery far beyond the lungs only. According to one of Dr. Shallenberger’s patients, the inhalation of her prescribed drug in the nebulizer was “unbelievably strong,” and “affected her entire body.”

What Was Taking Place

It turns out that the tiny bubbles were not only providing medication to the patient’s lungs, but the drug was being delivered to her entire body through her lungs. Based on Dr. Farr’s prior research, Shallenberger reasoned that perhaps H2O2 could be delivered to the entire body with a nebulizer.
Dr. Shallenberger tried the nebulizer delivery system on himself, and he was delighted to discover that the treatment was extremely easy to administer, very comfortable like breathing extremely pure air, and the treatment was in no way irritating.
Shallenberger’s first actually ill test subject was his wife who had developed the initial symptoms of flu. She immediately began 10-minute treatments every waking hour, and within 72 hours, (three days), the flu was fully cured. Shallenberger was predictably amazed in that even IV hydrogen peroxide cannot resolve flu in much less time.
Since Mrs. Shallenberger’s rapid recovery, Dr. Shallenberger has treated hundreds of cases of colds, flus, sinusitis, and bronchitis all with the same results. Indeed, Shallenberger has discovered that nebulizer treatments actually have an advantage over the IV therapy. Not only is the hydrogen peroxide disseminated into the entire body through the lungs, it is also going directly to the areas of the body that are most affected by viruses: the sinuses, throat, bronchial tract, and lungs. This is especially important since colds and flu viruses replicate to very high titers in these areas, serving to supply a continuous feed of virus to the rest of the body. Effective hydrogen peroxide nebulization quite literally, “chops the head off of the snake,” and the virus present elsewhere in the body can then readily be mopped up when the new virus influx has been terminated.
It should be kept in mind that hydrogen peroxide kills all pathogens very readily upon contact in an open wound. It should, therefore, be understandable why putting a fine mist of hydrogen peroxide in all the areas of maximal viral replication promptly puts the body on a pathway to rapid healing.

Early Onset and Treatment of Virus

Regular off-the shelf 3% hydrogen peroxide can be utilized. Preparations of greater pharmacological purity can be obtained if desired. For most adults, the 3% concentration can be utilized in the nebulization chamber undiluted. This optimizes the degree and rapidity of anti-viral and anti-pathogen effect.
When a runny nose or slightly sore throat is already present, it is recommended that 10- to 15-minute nebulization sessions be undertaken roughly four times daily or until a symptomatic relief is realized. Many individuals report significant improvement only a few hours after the first one or two treatments. But it would be advisable to persist in these treatments several times daily for at least 24 to 48 hours after you feel everything is completely normal in your sinuses, nose, and throat.
For some, the 3% concentration results in too much stinging/burning in the nose. Such individuals can dilute with water until they find their highest tolerable concentration. Nearly everybody can tolerate a 50/50 combination of the 3% hydrogen peroxide and water. However, still lower concentrations can be utilized with clearly beneficial effect.

As it is a completely non-toxic therapy, nebulization can be administered as often as desired. If done on a daily basis at least once, a very positive impact on bowel and gut function will often be realized as killing the chronic pathogen colonization present in most noses and throats stops the 24/7 swallowing of these pathogens and their associated toxins.
If daily prevention is not a practical option, the effectiveness of this treatment is optimized when somebody sneezes in your face or you finally get off of the plane after a trans-Atlantic flight. Don’t wait for initial symptoms. Just nebulize at your first opportunity.

Nebulizers are very common and inexpensive, probably under $40, and a one-time purchase should be your only monetary outlay for the good health of your entire family. Various models are widely available on www.amazon.com and elsewhere; just make sure they can emit very tiny bubbles in an extremely fine mist. Also, it is probably best that your nebulizer operates on standard household 120-volt AC as opposed to a battery pack that will invariably run down and constantly require recharging or replacement.
Final Note: This fact and protocol sheet does not contain a copyright, and a patent has not been applied for. Therefore, I encourage the reader to disseminate the contents far and wide to as many people as possible. Because you now have a simple, inexpensive, and effective way to conquer virtually all viral infections, you do not have to live in fear of COVID-19 or any other pandemic. 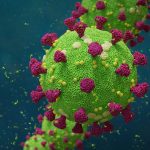 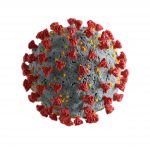